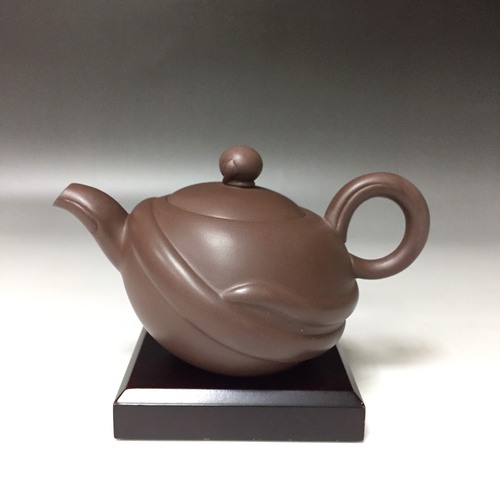 "In the present world, who can do it besides me?" ---From Mencius. With such lofty sentiments, such high aspirations and the confidence as the main spirit, this pot was named by the assonance of "舍" ,which sounds like "snake" . Since the ancient time, snakes had been given lots of mysterious and magical meanings:it symbolizes a healthy and immortal life, and in many tribes it is also the totem of gods, the representative of the patron.

The design of the pot body is based on the image of a snake egg, and upon it a snake shape object is entwined, which brings a feeling of forward jumping and spreading! It mixes the conceptions of protection and lead, shows a determined and responsible attitude, just like Mother Earth, who watches us, breeds us, and brings us life and vitality.

The design of the pot knob is from a legend of ancient China--- "The Pearl of Snake," which could bring people luck and wealth. It represents the passing down of a profound wisdom, and hopes it can bring good luck to every understanding one.